A series of roots music event that is intended for global friendship; it involves masters of different musical genre from corners of the world. The first festival was initialized in 1999 in Bali, Indonesia at the turning of the millennium. The festival was recognized as the United Nation’s event to officiate the year 2000 as the International Year for the Culture of Peace, and it involved 1,000 Indonesian and 100 international percussionists.

This festival series is a non-commercial event designed not only to safeguard dialog as the primary means in settling differences through music, but also to reposition music as a cultural manifestation, not a mere commodity. It is also a program that re-educates the public about the importance of the roles, functions and meanings of music in human life.

Sacred Rhythm: the Millennial Percussion Festival took place from December 31, 1999 to January 3, 2000 at the Penataran Sasih and Samuan Tiga temples. It was the first public musical event allowed to be presented at these two of the most sacred temples in Bali. The event was officially opened by Noriko Aikawa (Director of Intangible Heritage) on behalf of the Director General of UNESCO.

Sacred Rhythm: the Millennium Revival was staged at the Kyoto City Hall plaza on the New Year’s evening on December 31, 2000. The artists’ lineups were Japan’s National Treasure virtuosos, Tokyo Symphony Orchestra, and 200 Taiko Masters from all over Japan. The event’s theme was revitalization, and it was symbolized by lighting up fires on seven mountain tops that surround the city. The Festival drew 800,000 spectators.

The next two following Festivals: Sacred Rhythm: Interweaving through Musical Cultures (2002) and Sacred Rhythm: Friendship beyond Borders (2004) were staged at the prestigious World Heritage Site the Nijo Castle, also in Kyoto, Japan. At the time, it was again the first performing art event ever permitted to be presented there.

The 2004 Festival was a peace-building initiative for countries in conflict and at war. Participating musicians were coming from Ireland, UK, Iraq, United States, Israel, Palestine, India, Pakistan, Indonesia and Australia – countries known for their long or occasional disputes.

The artists’ lineups were filled with world-renowned musicians, and among them are Nana Vasconcelos, Larry Coryell, Vikku Vinayakram, Amy Knoles, Kabul Ensemble, Leonard Eto, Maire Ni Chathashaigh, and of course Stomu Yamash’ta. The event was supported by the Kyoto City, and Kyoto Buddhist Society. 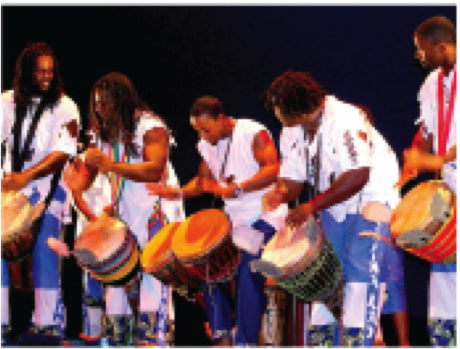 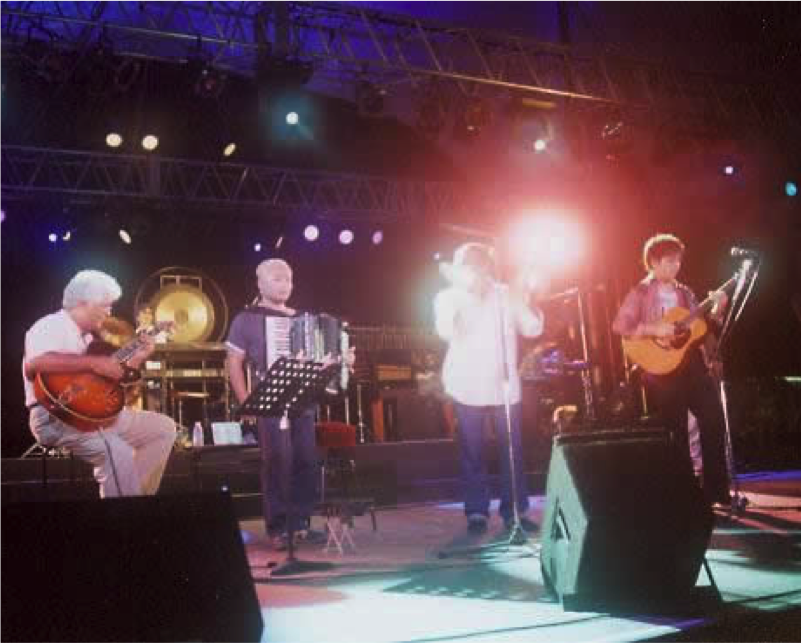