Rising Above the Tsunami

Gaining After the Tsunami

As mentioned a few times, music today has lost its true roles, meanings and values. Making music is no longer a response to the surrounding environment and its context; it is mostly a way of making a living (i.e. money), and getting famous. Today, hardly anyone perceives music as a mix of expression, science and spirituality. Music has transformed into an entertainment business. The economic potential that was once only an aspect and a subsequence now rules the music, and this happens in most part of the world.

If we let this rolls, we may lose one of the most precious human creations that has stimulated our mind and heart for thousands of years. Something Must be done to prevent this decaying process, and Sacred Bridge set out to do just that. The event was held at the Bedugul National Park, Bali in 2009.

In addition to reposition and revive the science and spirituality of music, GAUNG attempted to break down not only barriers and walls among musical genres, but also domination of certain genres over others. Besides musicians, ethnomusicologists and the program manager of the famous Esplanade in Singapore were also among the participants. 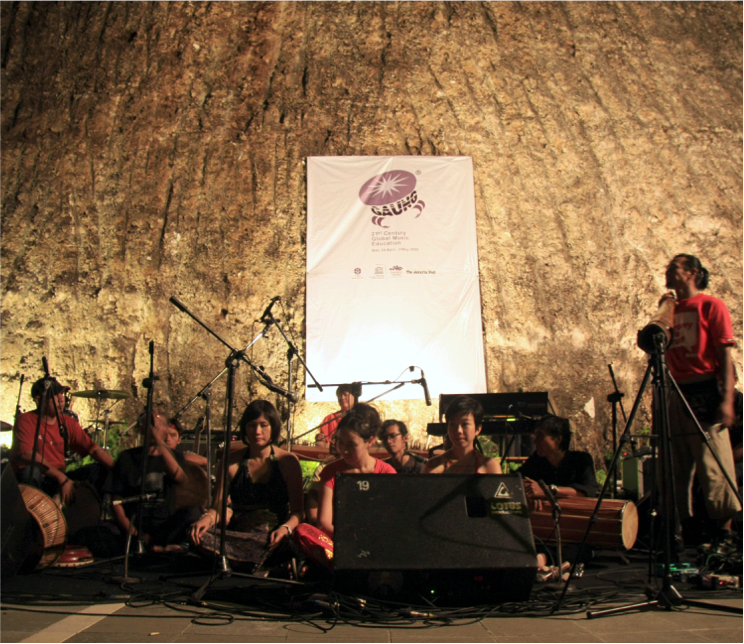